Brother Seakchee Seng is the Managing Director of Premier Security Co-operative Ltd (Premier). He showed his strong support for the Union of Security Employees (USE) and NTUC by strengthening labour-management relations via the recent renewal of the Collective Agreement (CA) in 2014 between Premier and USE.

He also supports the call by the Labour Movement to implement the Progressive Wage Model (PWM) for the Security Sector. He has increased basic starting pay for Security Officers to close to $1,000 in Premier. A career path has also been implemented in Premier since the launch of the PWM in October 2014. Prior to the launch, he participated in several dialogue sessions organised by USE to seek a better understanding of the PWM.

Brother Chee Seng howed his commitment to the PWM for the Security Sector by voluntarily signed the PWM Memorandum of Understanding with USE. Notably, Premier was amongst the first to sign a CA with USE. Premier was also the first Branch in Use that fully paid the union membership fees for their confirmed security officers as a way of appreciating their work and contribution to the company.

Under his leadership, Premier nominated three Branch Officials who are currently active in attending USE activities. He makes provisions to release the Branch Officials on full-salary when they attend and represent the Branch or USE at union-related events and functions.

In recognition of his outstanding contributions, the National Trades Union Congress is pleased to present Brother Seak Chee Seng with the Medal of Commendation Award. 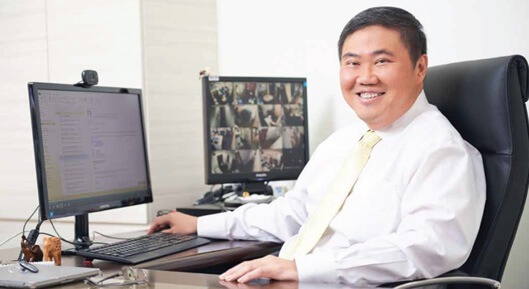